“The Earth is what we all have in common” – Wendell Berry

This video is about expedition named “Sleeping Dragon” that was organized by Mamuka Nikoladze, the founder of Altihut back in 1998 on Mountain Kazbegi

Planet Earth has had many mindbogglingly adventures in its multibillion year history; It has successfully recycled dinosaurs, Homo Erectus, Homo Habilis and many other ancestors of Homo Sapiens. Now we, modern humans, during the several thousand years of our existence, significantly accelerated the harmful impact on the environment especially during past two hundred years.

Scientists and scholars assure us that climate change is the main challenge of the world in the coming decades. It is assumed that by 2050 the Planet’s temperature may increase by 2 degrees, that once again reminds us, that global warming is irreversible processes and it is a real threat to the Earth inhabitants.

Of course, global warming and climate change affects Georgia and Caucasus as well, we cannot bypass this process with use of any magical tricks, this fact is clearly reminded to us by dramatic melting of the Glaciers on Caucasus Mountain.

Two generation of scientists, Giorgi Abuladze and Giorgi Gotsiridze, have been observing the Gergeti glacier for years. 30 years later, a veteran geographer and glaciologist has returned to the same site that he used to observe and document. Photographing the changes of the glacier that undergoes the impact of global warming since 1973.

The expeditions has taken 4 hours, the photos are ready that demonstrate the alarming melting process of the glacier from 1973 to 2019. The result is dramatic, the Gergeti Glacier has retreated back to 1,000 meters. This is 21 meter yearly average, isn’t it alarming? Oh yes(!) and this is the truth behind the climate change. 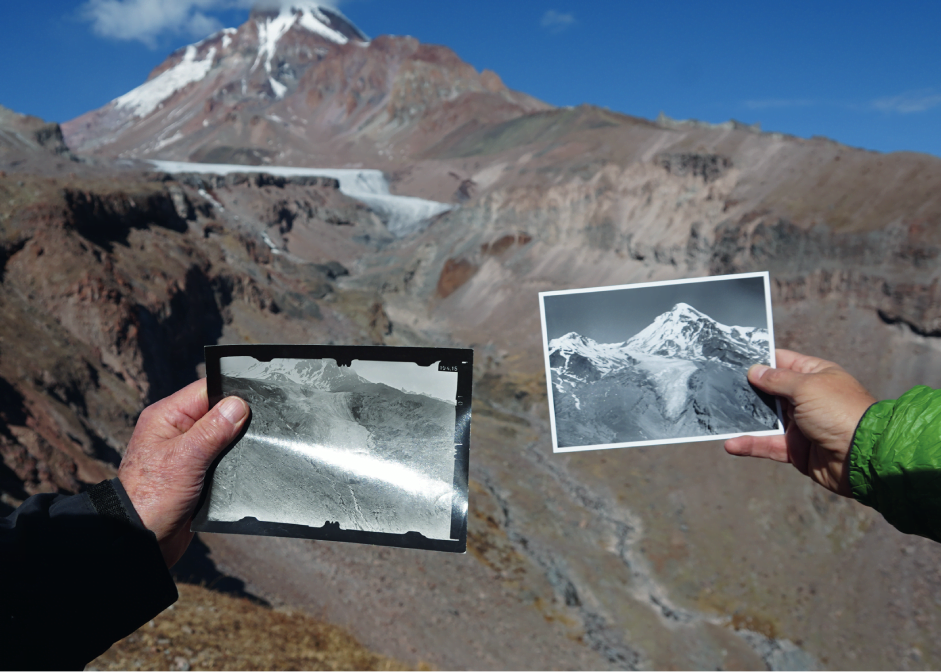 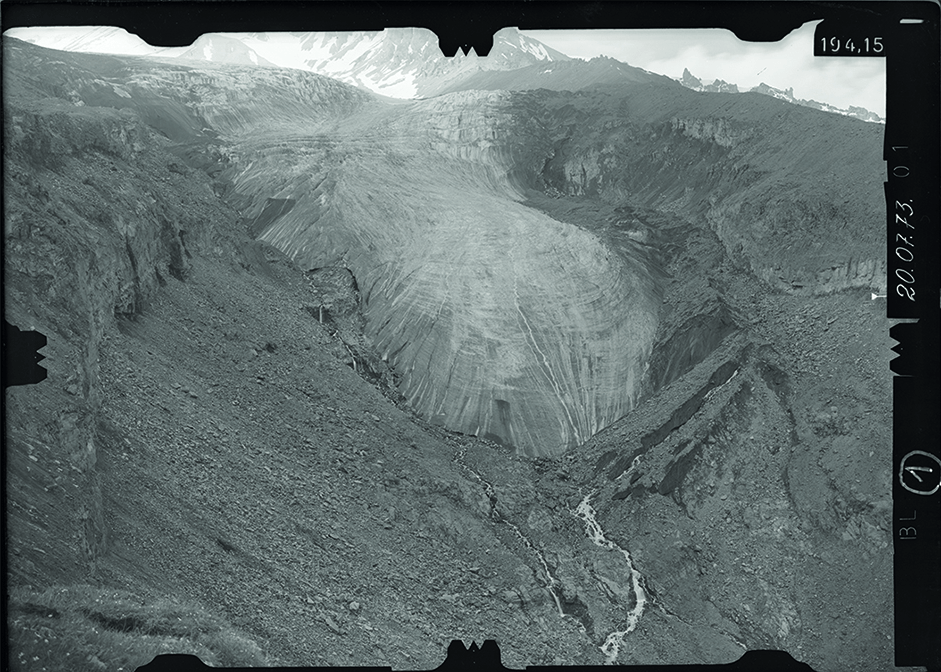 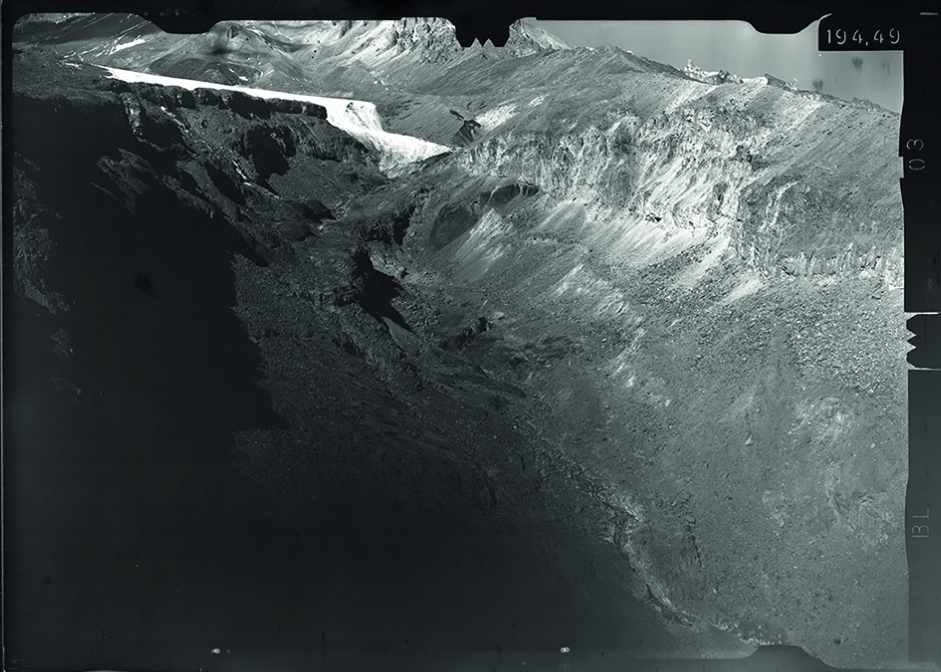 Effects of Global Warming on Gergety Glacier, 50 years of research – movie by Movement TV about this unique ecpedition with two generations of scientists.

Due to the waste and hard sanitary conditions at the glacier, some large European tour operators have removed this destination from their offers. The unresponsible attitude to this destination and no systemic approach leaves the worst and negative footprint on it. The high altitude and limited infrastructure make it challenging to clean the territory. The cleaning of the surrounding of glacier, the popular place for camping, was first initiated in 2004 first time by locals together with German and Swiss mountaineers, transported 2 tons of garbage. 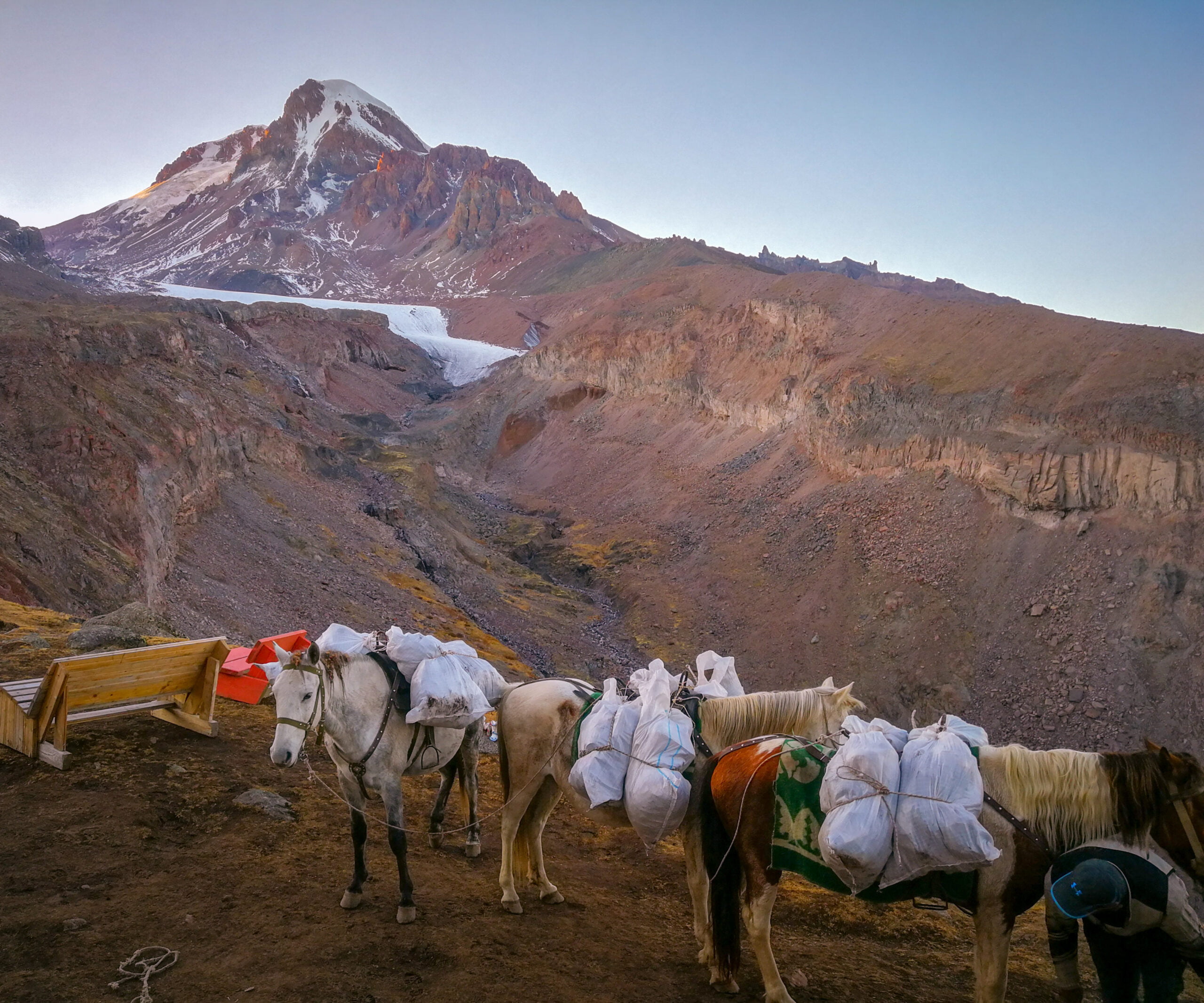 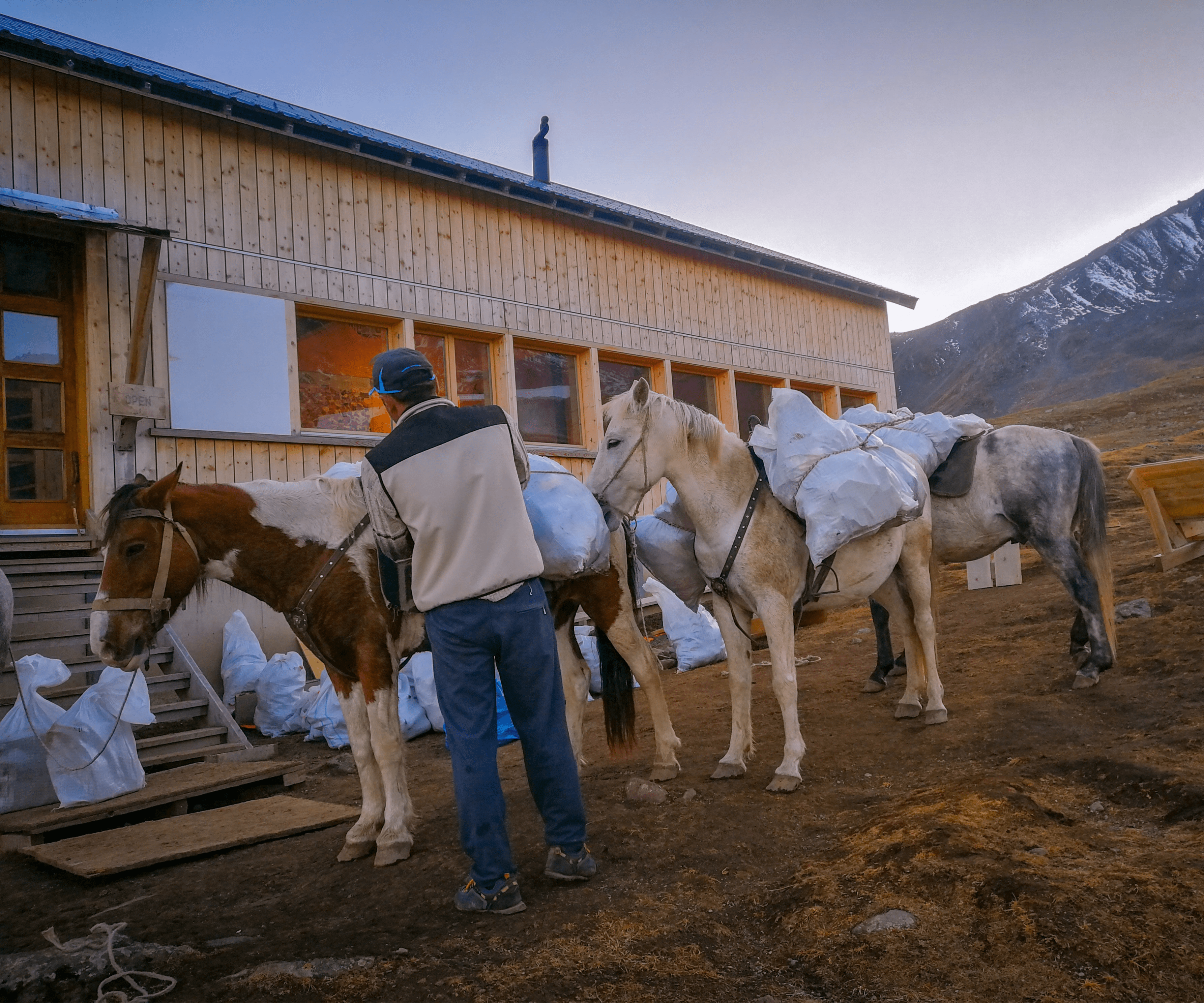 The second time it was done only after 10 years, in 2014, at the expense of the National Tourism Administration, the area was cleaned with 9 tons of garbage. And last time in 2020 by Agency of Protected Territories, over 20 tons of waste was transported via helicopters.

Altihat is located relatively down then “Bethlehem Hut” 3,650 masl, it is near “Sabretse” at 3014 masl, but this place is even popular as it is first major check-point for mountaineers and hikers for acclimatization, where many tourists stop and unfortunately leave a large amount of garbage behind.

“We wanted to solve the waste problem, because many people walk trough this direction, especially people from post-soviet countries leave a lot of garbage, and in fact, this area where our “Altihat” is now located was facing an ecological disaster.” – Davit Chichinadze, founder of Altihut.

During 2016-2019 Altihut initiated a large-scale cleaning campaign of the area with systemic approach. More than 4 tons of garbage and human waste was collected and transported form the mountain.

The Altihat team actively follows the quote – “Think globally, act locally”, do not pollute the environment, it will not disappear anytime soon and it is more harmful to human kind than we think. Which is why waste management being one of the main priorities for us, therefore every year hundreds of kilograms of waste are brought from 3014 meters by horse and helicopter, on a systemic mode and not one in a decade. 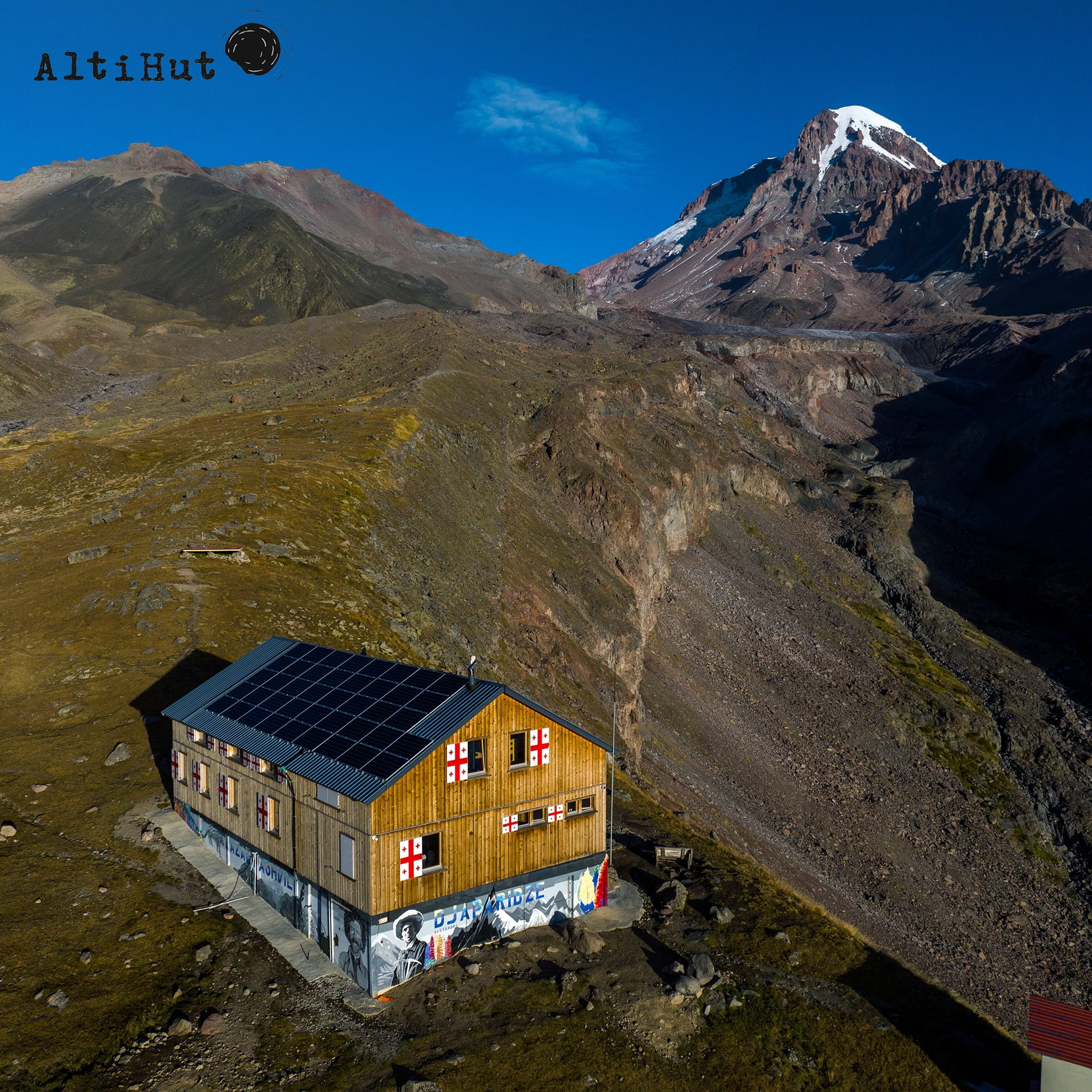 We also are 100% renewable, as we use Sun and Solar power to power the hut and guarantee the safe communication on this height.

The Altihut ensures the functional communication of Magticom (local GSM provider) with the electricity obtained from the solar energy, that is the essential factor tor safety at this altitude and as a result of establishing this connection, it became possible to save lives of dozens of tourists (literary).

The solar power plant does not release greenhouse gases, it does not damage the atmosphere, nor have harmful radiation. It is safe for both human and environment which is a priority for us.

#Takecareofyourplanet
– minimize negative footprint on the environment, be positive and kind to your habitat.